Imagine leaving your therapist’s office after an appointment and knowing that, rather than compartmentalizing the events of the week until your next visit, you’ll have the ability to check in with your therapist—and yourself—with the help of a digital daily guide.

Enter Homecoming, an app developed specifically as a companion to psychedelic-assisted therapy that provides preparation and integration support, as well as tips for optimizing sleep and nutrition, daily wellness check-ins, grounding techniques, breathing exercises, and goal setting tools, among others.

A Tool for Integration and Preparation

The idea behind Homecoming came to founder Yuriy Blokhin seven years ago, after psychedelics helped the tech engineer and developer overcome a 10-year struggle with depression. (There are several psychedelic startups spearheading similar products, but Homecoming sits squarely outside of these offerings as it is not associated with a public company.)

Blokhin was the first employee at Canadian tech unicorn Kik, where he helped build and design a cognitive behavioral therapy chatbot that not only helped teenagers in mental distress; it taught them the skills of therapy and gave them the ability to practice on each other. The project, he says, helped 2 million teenagers and was the most meaningful experience in his tech career to date.

At the same time, Blokhin was heavily involved in the psychedelic community as a founding member of the Heroic Hearts Project, a non-profit organization that connects trauma-affected veterans with psychedelic therapy.

“It was through that work that I saw the opportunity for something like Homecoming,” he says. “It was obvious that without preparation and integration, outcomes wouldn’t last as long, and any changes that might occur in a person after a retreat or a therapy session wouldn’t be as sustainable.” 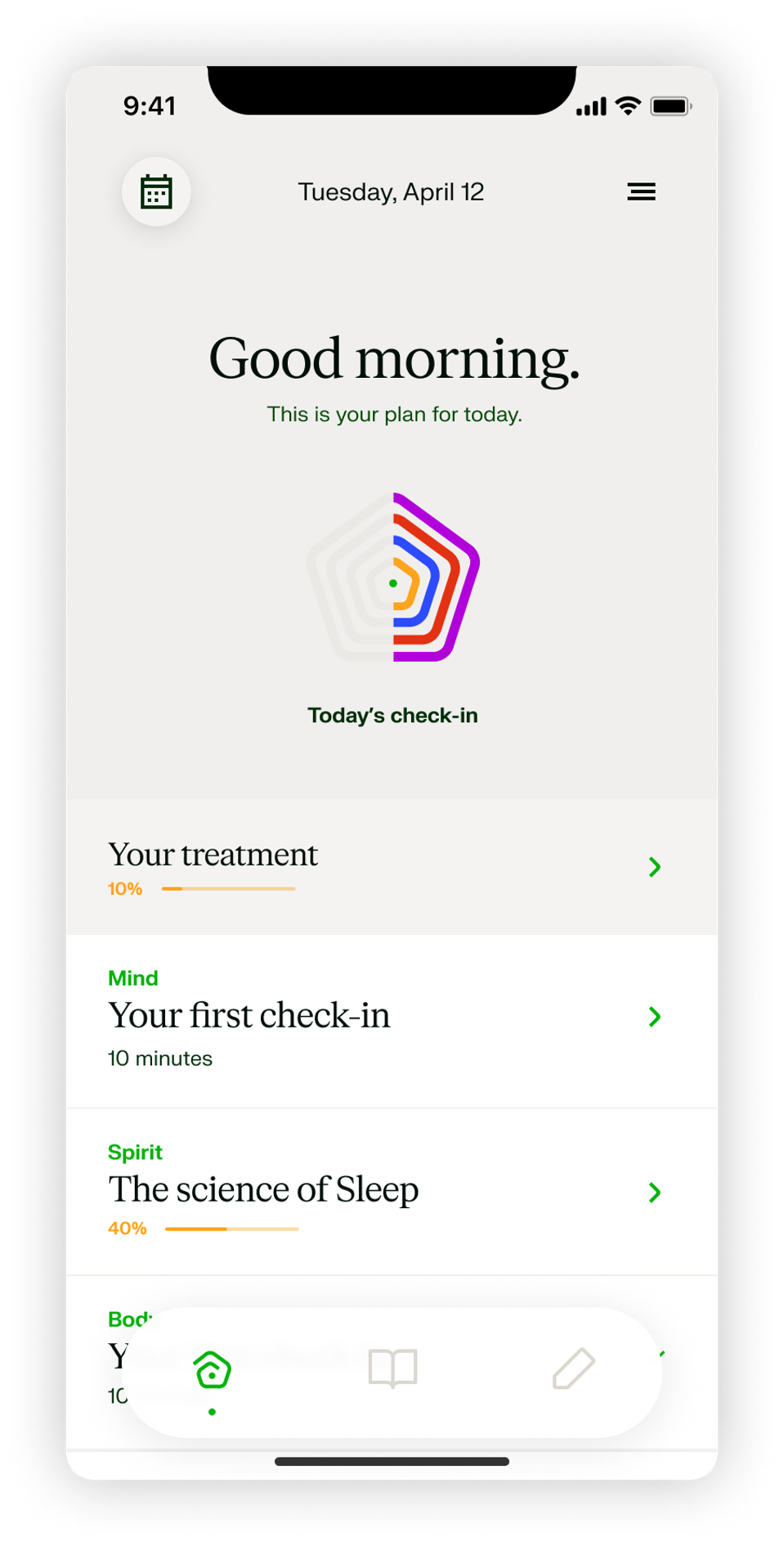 A Community-Focused Approach to Tech

Combining his appreciation for the psychedelic community with his connections in the tech world, Blokhin founded Homecoming with the goal of partnering with psychedelic clinics, therapists, and retreats, to support clients before, between, and after their sessions.

“We’re trying to stay rooted in the community and the ethos of psychedelic work within non-profits, but also working with a team that has decades of experience in building quality, massively popular technology products,” says Blokhin, who notes that some of his advisors and team members include the former heads of design and user experience at companies like Headspace and Squarespace.

“I think we’re combining the best of two worlds: the psychedelic community, but also the kind of knowledge and expertise that comes from building these very sophisticated technology tools that people use on a large scale.”

As part of Homecoming’s commitment to the community, 10 percent of the app’s entire company equity pool will be set aside for non-profit partners including Heroic Hearts, Beckley Foundation, La Medicina, Sage Institute, and Reconsider.

Homecoming isn’t a direct-to-consumer application, but one that clinics and retreats can partner with to tailor their protocols. From there, practitioners at these facilities can share the app with their clients or patients.

Blokhin identified early on that some of the more tedious aspects of therapy create a bottleneck for therapists, who are often already strained for time and resources. Homecoming, he says, allows the therapist to complete those tasks more efficiently. For example, rather than spending the first third of a session catching up on the events of the last week, therapists can observe their client’s app activity and dive right in.

“I think that’s really the biggest value-add for the therapists,” he says, “while for the patient, it’s really about reducing their anxiety and uncertainty about what to do on a day-to-day basis, and to amplify the outcomes of their treatment.”

Rather than building new or additional protocols for therapists, “we really let the practitioners define their own,” he says. “We’re just building tools for them to streamline… We’re never ever trying to insert ourselves between the therapist and the patient. That therapeutic alliance is sacred and our role is to amplify and strengthen that bond.”

Julien Lepage is a therapist offering trauma treatment at the Newly Institute, a network of outpatient mental health clinics based in Calgary. It’s among the first to have adopted the Homecoming app, and Lepage says that while he and his clients are in the early phases of understanding how it will guide treatment, it’s already one they are keen to use.

“Clients are really appreciating the opportunity to quantify and qualify where they are at from a mental, emotional, spiritual, and physical standpoint,” says Lepage. “It gives us day-to-day feedback that will inform our decisions moving forward in terms of what’s helpful for clients, and also, what’s helping clients break through some of the challenges they’re faced with in terms of mental health and trauma-related symptoms.”

By encouraging clients to meet daily targets, Lepage says Homecoming could make all the difference in helping patients utilize what they learn in therapy. “What we know about mental health and mental wellness is that what really defines somebody’s capacity to succeed and maintain the gains they made in treatment, is learning how to integrate those basic skills,” he says.

Where Does the Data Go?

At top of mind with an application like this one is privacy, and Blokhin says protecting patient data is part of Homecoming’s thesis, both ethically and legally speaking: all personally identifiable data is protected under compliance regulations (HIPAA in the United States and PIPEDA in Canada). The app also leverages the best infrastructure providers for medical-grade security.

In the future, Blokhin says by anonymizing the data and detaching it from patient’s identity, it could provide information that might reveal patterns about how best to administer different therapies and treatments.

“Is there a better way to prepare for psilocybin treatments or ketamine treatments? Is there a better way to treat MDMA for PTSD cases? That’s where we can actually use de-identified data sets and extract patterns to make recommendations to practitioners working with specific indications and psychedelic medicines.” All the insights gleaned from the data will then be shared with the Homecoming ecosystem, says Blokhin.

Dr. Kenneth Tupper is an adjunct professor at the University of British Columbia’s School of Population and Public Health who has been studying psychedelics since 1999. The Homecoming advisory board member says that from an experiential perspective, “preparation and integration are as crucial if not more crucial” than psychedelic assisted therapy or ceremonial interventions, and Homecoming gives both therapists and patients a platform for supporting those elements.

“It’s intended more as a clinical tool than a research tool, but it obviously has the potential to be utilized by researchers… and hopefully can be added on for certain types of projects that are helping us understand beyond the individual response that a therapist might see with their patient.”

There is no going backward, no one wants to eliminate therapeutic and catheter options, innovation drives better access and outcomes, so what is the...

The company offers the program as a bundle of devices, supplies and services and delivered as a 30-day subscription to eliminate upfront costs.

This robotic assisted procedure is the first intervention within a clinical study carried out by CathBot; a joint venture between Robocath and MedBot (the...