Former rugby players Doddie Weir and Rob Burrows, who have MND, were among those calling on the government for more investment.

The government has announced it will put at least £50m over five years into research in a bid to find a cure.

Speaking to BBC Breakfast, he said he felt “on top of the world”, knowing “that someone is listening to us”

Former Scotland Rugby Union international Doddie Weir said the money was going to make a “huge difference not only to the patients, but also the MND patients’ families as well”.

Ex assistant chief constable Chris Johnson, who also has condition, told the BBC the announcement by government was a “monumental decision”.

The 54-year-old, from Bromsgrove, was diagnosed with the disease in 2018 and retired from West Midlands Police last year.

“I think this offers some hope to the MND community across the country. We hope it can move from a terminal disease to a treatable one within the [five-year] time frame,” he said. 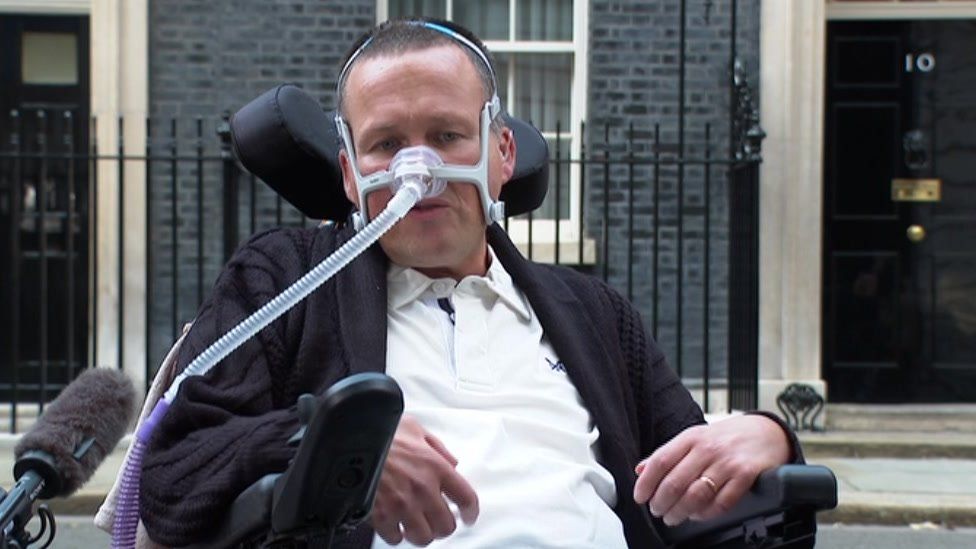 Speaking to the BBC in September, Mr Johnson said while his condition had deteriorated, he felt “blessed” to have seen another Christmas with his family and spend birthdays with his children.

He said many others with MND died within two years of diagnosis.

An open letter to government, signed by hundreds of MND sufferers and delivered in September, said the condition was currently a “death sentence”, but research had reached a point where a cure or life-saving treatment could be found.

It also said the disease was “not rare”, as it would kill one in 300 people in the current population.

The campaigners said the government’s previous investment of less than £5m a year into MND research was “insufficient for a disease of this nature”.

The latest funding pledge from the Department of Health and Social Care was part of a £375m investment for research and treatments for a range of neurodegenerative diseases.

Health Secretary Sajid Javid said conditions like MND could have a “devastating impact on people’s lives” and he was committed to ensuring the government did all it could to fight such diseases and support those affected.

In this article:Diagnostics,Funding,HealthTech,MedTech,Motor Neuron Disease